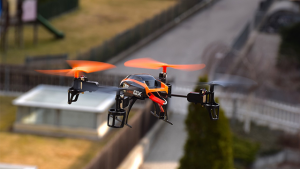 It’s been almost two years since Amazon announced a plan to deliver small packages to customers in certain U.S. cities by drone, just half an hour after an order is received. However, the online retail giant’s plan has stalled while regulators sort out rules for commercial drones. This February the Federal Aviation Administration (FAA) proposed a rule that would restrict small unmanned aircraft systems (SUAS) to flying within an operator’s line of sight. Is this a realistic plan for commercial drones?

Amazon Prime Air’s project vice president Gur Kimchi doesn’t think so. At a NASA convention for drone air traffic management in late July, he urged an alternative plan. Amazon’s suggestions are outlined in a document that published in conjunction with the conference.

Kimchi proposed having dedicated separate air zones for commercial drones. There would be space for commercial drones between 200 and 400 feet above the ground, with a 100-foot no fly zone above to ensure a safe distance from other aircraft. The air space below 200 feet would be reserved for hobbyists and other drones with less sophisticated avoidance technology.

Whether or not the FAA considers Amazon’s latest proposal, regulators are due to provide rules for commercial drones this September, thanks to a deadline set by Congress in 2012.