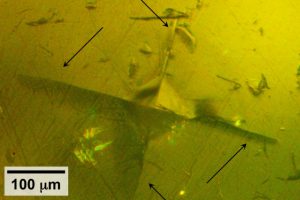 Lithium batteries have been a staple of life for quite some time. However, their design could use a little improvement. Made up of two solid pieces fused together, the current structure of the standard battery means that they drain easily and in some cases can pose a hazard to users. But perhaps not for much longer; a group of scientists has worked out a way to make an entirely solid lithium battery.

Scientists at the Massachusetts Institute of Technology (MIT) have designed a completely solid lithium battery. The solution actually came from the main problem with the old model: the liquid electrolyte that allowed the lithium to get from one half of the battery (called an electrode) to the other. While this system worked, it left the battery vulnerable to power drainage — not to mention the very real possibility of fire.

But the new model eschews these old concerns for a smoother and more streamlined design. Now instead of the liquid electrolyte, scientists have replaced it with a solid one. Made from a sulfide-base, the new battery is one single piece of material. It could potentially eliminate all the issues that plague its predecessor: efficient power, no short-circuits, and no extra pieces to cause complications.

Unfortunately, there are a few complications to be worked out before mass production becomes a possibility. Top among those is how volatile and problematic sulfide can be as a component. For the tests, scientists had to immerse their new battery in a mineral oil bath to prevent any chemical complications from the air or surrounding environment — not exactly conducive to a new car battery.

Luckily, unstable sulfide is not the only option; there are numerous other materials that could provide the needed power for an all-solid battery. So while this design may not be perfect, it is a tremendous step forward in battery design, and proof that the scientists are heading in the right direction. Soon short circuits could be a thing of the past, and we could all be enjoying the benefits of all-solid lithium batteries.