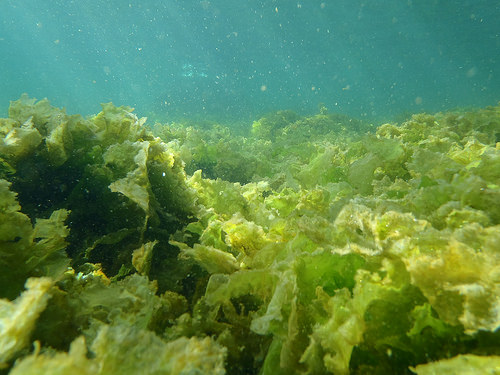 While consumer electronics remain to be tethered to their chargers, researchers are trying just about anything to improve battery performance. The latest innovation from a team of engineers at a Singapore research center is inspired by an unlikely muse: seaweed. The researchers designed new carbon anodes based on the structure of single-celled algae. Early tests of lithium-ion batteries that incorporate the algae design showed improved overall battery performance that the researchers predict will lead to batteries that charge faster.

Specifically, the researchers were inspired by a type of algae called diatoms, which are one a common type of phytoplankton (tiny plants that drift around the sea). These single cells of algae can grow to huge sizes, and the new battery components are made of carbon that mimics the way diatoms are formed.

“In nature, a great number of microorganisms, like diatoms, can assemble biominerals into intricate hierarchical three-dimensional architectures with great structural control over nano- to millimeter length scales,” explains Xu Li, who heads the research team at the A*STAR Institute of Materials Research and Engineering. “These organisms contain organic macromolecules, which can be used as templates to induce and direct the precise precipitation of silica building blocks to form the complex structures.”

The engineers examined how algae forms, then used a similar process to develop tiny carbon spheres for a battery’s anode. They used organic macromolecules (an aggregate of polymers and cobalt-containing molecules) as templates for a design similar to algae’s porous structure. The resulting anodes have a microporous surface which promotes ion transport and high storage capacity. Early tests using the anodes in lithium-ion batteries found a high reversible capacity, good cycling stability, and outstanding high-rate performance.

“These results are among the best output to date compared with pure carbon materials,” says Li. “We envisage that batteries composed of these anode materials could be charged faster than those fabricated using conventional carbon materials.”