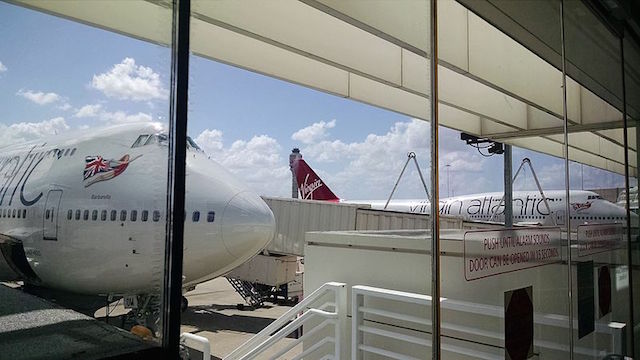 Service robots are currently being tested at South Korea’s Incheon International Airport. LG Electronics is the company behind the robots, and will be observing them to determine how they fare in the real world. Although the robots have been in beta testing at the airport since February, official trial service began just a few days ago.

LG provided the airport with two very different types of robots: Airport Guide Robots and Airport Cleaning Robots. Airport Guide Robots will be on hand to provide the more than 57 million people who travel through Incheon International Airport every year with the information they need. Using LG’s voice recognition platform, the robot will be able to understand passengers and process their requests. The robot will be fluent in the four most popular languages spoken at the airport: Japanese, Korean, English, and Chinese. LG’s robots will be able to connect to the airport’s central server. This will allow them to provide passengers with all sorts of information, from departure and boarding times to the locations of restaurants and shops throughout the terminal. Lost passengers will be able to have their boarding passes scanned by the Airport Guide Robots and be personally escorted to their departure gate.

Meanwhile, Airport Cleaning Robots will focus on keeping the terminals free of trash and other debris. Based on LG HOM-BOTs, the Airport Cleaning Robots will have autonomous navigation, object-avoidance capability, and superior cleaning skills. These robots can do more than simply keep the airport clean: they can actually determine which areas require the most cleaning and store the data for later usage. Additionally, the robots will work out the fastest and most efficient route to the location that requires cleaning, ensuring the airport will remain in peak condition at all times.

Besides helping passengers get the most out of traveling, these robots will be providing very important information to LG Electronics regarding the viability of commercial robots. Should these airport robots prove to be a success, we could see them assisting people at airports across the globe — and LG focusing on more robots capable of providing support in a variety of public locations.