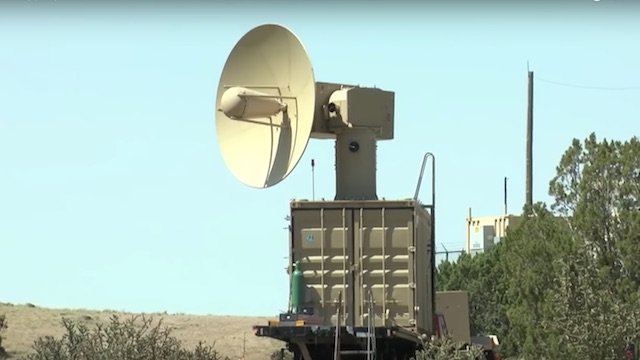 Scientists from the Air Force Research Laboratory at Kirtland Air Force Base have created a new type of microwave weapon that can take down drones. Using an inaudible and invisible magnetic wave, the high-powered device could prove a powerful weapon against drones and other unmanned devices.

Known as the Tactical High Power Microwave Operational Responder – or THOR for short — the device cost around $15 million to make and is capable of taking out multiple drones at a time. THOR was created over a period of 18 months as the need to protect the American military from drones has rapidly increased over time. According to experts, THOR is able to take out up to 50 drones at once using electromagnetic waves.

“It operates like a flashlight. It spreads out when the operator hits the button, and anything within that cone will be taken down. It engages in the blink of an eye.”

Besides being powerful, THOR has the added bonus of being designed for rapid deployment. That means that for such a complicated and high-tech piece of equipment, it takes relatively little time to set up and disassemble. Scientists say that the entire device — which is made up of a microwave antenna and the foundation — can be set up and taken apart in just three hours. Additionally, it only requires two people to set it up and three to disassemble it, thanks to the snap-together parts.

From there, scientists use a handheld remote control. This rotates the antenna in whatever direction it is needed, allowing it to have a 360-degree comprehensive range when defending against drones. The rest of the device can be operated from a laptop.

THOR was developed in cooperation with global engineering firms Leidos and BAE Systems, as well as Verus Research. Should the US Department of Defense opt to deploy THOR, it would cost another $10 million to produce.

The Air Force recently identified multiple-drone attacks as the number one priority for focusing its efforts on microwave and laser defense systems, also known as ‘directed energy systems.’ Besides THOR, researchers for the US Air Force are working on other ways that hostile drones could be neutralized should they attack US military bases.