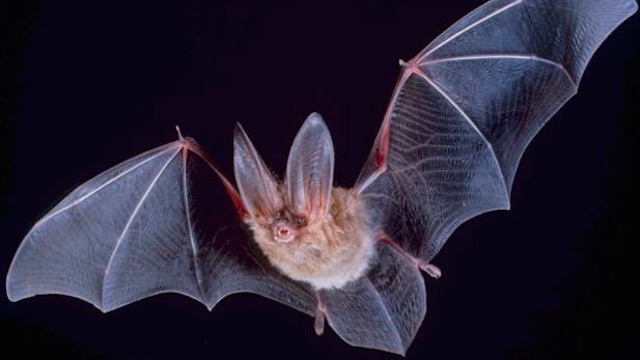 Bats are a singular and fascinating species. Their ability to fly has captivated (and in some cases terrified) people for ages. And now scientists believe they’ve discovered the secret behind mimicking the flying style of bats, with a remarkable new robot that soars through the sky.

Scientists from the University of Illinois at Urbana-Champaign and Caltech have designed a robotic bat that can fly just like its real-life counterparts. Bat Bot, as it’s called, mimics the flying style and mechanics of living bats. This was no easy task, and the flight mechanism of bats requires over 40 different types of joints. Scientists had to study their musculoskeletal system and mimic their ability to change the shape of their wings mid-flight

Bat Bot took all those joints and complicated biological processes and streamlined them; the robot has a mere nine joints instead of 40. The wings are made of flexible materials that handily adapt to a variety of shapes and external factors.

Bat Bot is made from a morphing skeleton array and a silicone-based membrane skin. This keeps the robot airborne, while simultaneously allowing it to perform the amazing aerial feats that bats do naturally. The self-contained Bat Bot is ultimately more energy efficient than other aerial robots due to its shape and structure. This discovery could have significant implications for the entire aerial robotics field.

While Bat Bot is certainly a fascinating experiment in and of itself, it does have some very practical applications. For example, the robot could be used to observe construction sites; the bat would provide a unique aerial view of the site, and help construction workers see the whole site they’re working on.

And further advances will only make Bat Bot even more useful. Scientists are working on a way to make the robot perch. The energy efficiency of this (instead of simply hovering mid-air) means that the robot will be able to observe its surroundings for long periods of time — and provide the humans down on Earth with a unique view they’ve never had before.