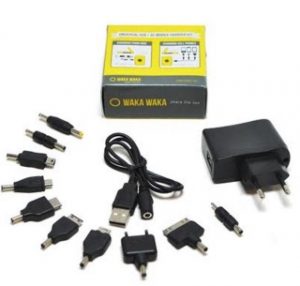 WakaWaka is recalling 900 electrical adapter kits because they can overheat and the kits’ high voltage protection can fail, because the plastic shell of the adapter open. These defects pose a risk of fire and expose consumers to a risk of shock to consumers. WakaWaka has received four reports of adapters overheating, including reports of an adapter smoking and one report of an adapter exploding. No injuries have been reported.

The recalled adapter kits were sold exclusively at www.waka-waka.com  from November 2013 to April 2015 for about $9.  The company has stated that the kit was discontinued in June 2015 “because it failed to live up to WakaWaka’s premium design standards.

This recalled adapter kits allow consumers to charge their electrical equipment using standard AC outlets. The components of the kit are black in color and include the adapter, a U.S.-style two-blade plug, a European-style two-prong plug, a USB cable and ten different types of connectors. More details are available on WakaWaka’s website. Consumers should immediately stop using the recalled adapter kits and contact WakaWaka for a rull refund.