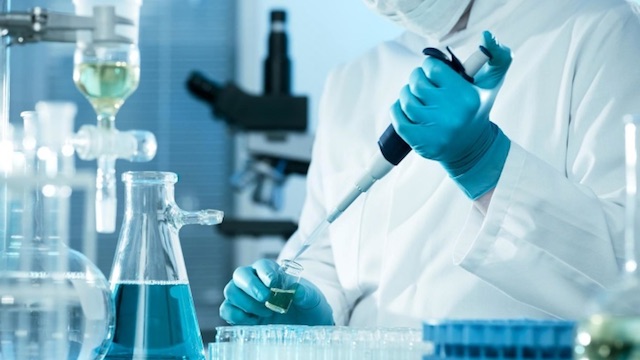 Researchers from Stanford University have constructed a new type of blood flow sensor that is wireless, biodegradable, and battery-free. This new technology could make it significantly easier for scientists to track the results of blood vessel surgery.

The new technology has other advantages over older models. Because of its size, it never needs to be removed from a patient, reducing the amount of surgery a person has to go through. Additional surgery can be just as risky and complicated as the original procedure — something no one is interested in going through.  Additionally, the device is capable of warning doctors if there is some sort of blockage. This allows them to quickly respond to a medical emergency, in many cases literally saving lives.

The sensor is set up so it wraps securely around the specific vessel as it heals. The sensor picks up on blood pumping through the vessel, subtly changing its shape. The movement of the blood vessel impacts the sensor’s ability to store an electric charge. Doctors can use a device placed near the skin (but outside the patient’s body) to detect the electric charge located in the sensor.

The external device pings the sensor’s antenna. This allows it to read all the data and information gathered by the sensor. Scientists are confident that they can improve upon aspects of the external device, making it even smaller and more streamlined. In the future, all the technology could be attacked to a stick-on patch that goes directly onto a patient’s skin, and can be peeled off quickly and easily. Researchers are also exploring the idea of a wearable device that can track readings and provide updates to doctors in real time.

Currently, the device is used exclusively to alert doctors of blockages in the healing blood vessel, but this is only the beginning. Scientists believe that with further development, they could pick up on blockages before they’ve even occurred. By tracking minute fluctuations in blood flow, researchers can detect blockages as they begin to form, allowing them to take the necessary steps to help a patient.

Researchers are now working to find a better way to attach sensors to the vessels, as well as improving their sensitivity to changes in blood flow.