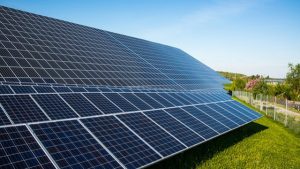 Scientists have developed a new simple design that could lower costs and improve the performance of solar cells. They used alternative, transparent materials that can be deposited at room temperature, which is a huge advantage over traditional chemical doping techniques. Today’s commercially available silicon solar cells are built using doping, a process that increases the cell’s electrical conductivity. Doping requires high temperatures and must be done in an ultra-clean environment. In a paper that published in Nature Energy earlier this year, the researchers wrote: “Despite being commonplace, this approach is hindered by several optoelectronic losses and technological limitations specific to doped silicon.”

The researchers are affiliated with University of California, Berkeley and several other Berkeley institutions, as well as Australian National University and EPFL in Switzerland. Their new approach is a seven step process where textured silicon is coated and the required solar cell contacts are deposited at room temperature. A layer of molybdenum oxide is deposited on top; this material is transparent, which allows sunlight to reach the core, and it also has desirable electronic properties. A layer of lithium fluoride on the bottom attracts electrons which can be used to produce electricity. Additional coatings are also added to manage light reflection.

Eliminating the need for doping not only lowers costs but also improves performance. Despite the relatively simple design, the new solar cell has a power conversion approaching 20 percent, which is strong enough to compete with conventional cells. Eventually, the same process could also be used to improve contacts in semiconductor transistors for computers.