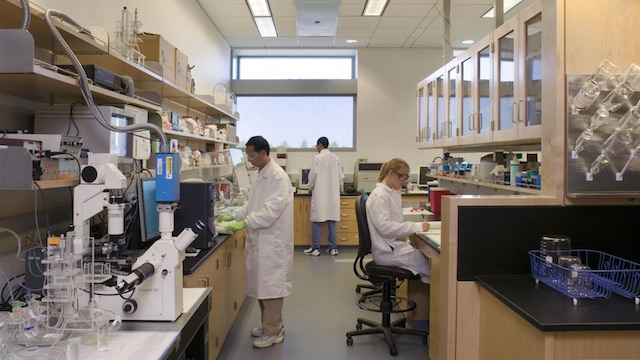 Scientists at the Massachusetts Institute of Technology (MIT) have created a new way to monitor and measure electromagnetic radiation. The new method promises to be ultrafast and highly sensitive, while still costing less than current techniques.

Bolometers are the devices most commonly used to monitor electromagnetic radiation. They track fluctuations in radiation through heating of an absorbing material. Unfortunately these devices have limited bandwidth. Additionally, they require ultra-low temperatures to optimally function. The new device hopes to change all that.

“We believe that our work opens the door to new types of efficient bolometers based on low-dimensional materials.”

The new system is based on heating electrons in a small piece of two-dimensional carbon material, known as graphene. The system combines high bandwidth and sensitivity into one device. Readings can be taken in mere picoseconds. Additionally, outside temperature doesn’t impact the effectiveness of the device. Current devices must be kept at extremely low temperatures if they are expected to function. Removing the temperature limitations means the device can be operated without being forced to rely on specialized cooling systems.

The new bolometer is totally different from its predecessors. It can measure the total energy carried by photons of incoming electromagnetic radiation. The device can determine what form the radiation appears in — whether it is visible light, microwaves, radio waves, or another part of the spectrum entirely. It can analyze radiation from distant galaxies as well as infrared waves that show heat leaving a badly insulated home.

Traditional bolometers use metal to absorb the radiation and measure temperature as it rises. The new model depends on heating electrons moving along a small piece of graphene. The graphene is joined with a photonic nanocavity. This device amplifies the absorption of the radiation, making for more comprehensive results for scientists. Because the heated body in the new bolometer is just the electron gas, even small energy inputs can result in large energy swings. All this adds up to a more powerful bolometer that makes far more precise measurements.

The new findings could help in a variety of scientific applications. Quantum sensing and information processing devices are on the horizon, as well as new heat sensors for buildings. Additionally, astronomical observatories devoted to long-wavelength emissions could benefit significantly from the results of this research.