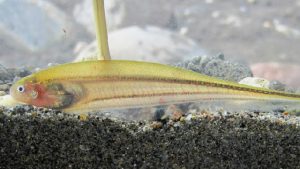 Researchers at the University of Georgia College of Engineering have received a provisional patent for a new method for eliminating interference in wireless networks. Their technique mimics a natural system that exists in a small South American fish called the Eigenmannia. The fish use electrolocation to locate objects by generating an electric field and detecting any distortions. Since fish swim in schools, they have developed a system that prevents them from jamming each other’s signals. The researchers aim to design a similar system that allows wireless devices to automatically find available frequencies in order to avoid interference.

The fish use a  “jamming avoidance response,” or JAR, that can serve as the model for automated interference mitigation in communications systems. Researcher Mable Fok explains, “They have a neural circuit that can effectively sense the frequency emitted by other fish, and they use this sense to regulate their own emitting frequency so they don’t interfere with the others.”

Fok and fellow researcher Ryan Toole tested their theory by using photonics technology to design an artificial neural model that replicates the way the JAR circuit behaves in the fish. So far, they have demonstrated their concept using computer simulations, and the next step is to build a physical prototype of the JAR circuit. Their work was recently featured in the December issue of the IEEE publication Photonics Society News, and the researchers will present their research in March at the Optical Fiber Communication Conference and Exposition in California.