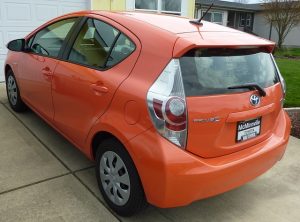 Toyota is recalling 3.37 million cars because of defective air bags and problems with the emissions control units.

The evaporative fuel emissions control units in certain vehicles are prone to cracks, which could lead to fuel leaks over time. This particular issue affects models produced from 2006 to 2015 including the Prius, Auris compact hatchback and Corolla.

Additionally, certain Prius models and Lexus CT200h cars made from 2010 to 2012 may have air bag inflators that could have a small crack in a weld, which could lead to separation of the inflator chambers. If this occurs, the inflator could partially inflate and enter the vehicle unexpectedly, increasing the risk of injury. There are seven known incidents where an air bag partially inflated inside a Prius. The affected air bag inflators were supplied by Autoliv Inc and are unrelated to Takata’s troublesome air bags. Nearly 1 million cars are affected by both defects.