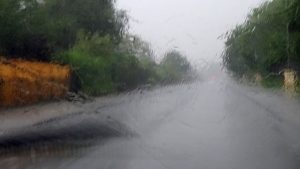 Drivers of certain Hyundai vehicles could be at risk of crashing during rainy or snowy conditions, because their cars’ windshield wipers might not work. As a result of a manufacturing defect in the wipers’ motor, model year 2012 Genesis vehicles and 2011-2013 Equus vehicles will be recalled for repairs.

The problem is caused by a windshield wiper motor that was manufactured with a cover seal that could degrade over time, eventually causing corrosion on the wiper motor’s printed circuit board. If the corrosion progresses, the windshield wiper motor could either work intermittently or stop functioning altogether. In 2010, Hyundai first learned about a single incident involving defective windshield wiper, and then another report was received in 2013. An investigation in 2015 revealed that the motor’s supplier had since revised the manufacturing process of the rubber seal to improve its durability. Now, after fully reviewing the issue, Hyundai has decided to conduct a safety recall for the 18,700 cars that could potentially be affected by the defective wiper motors.