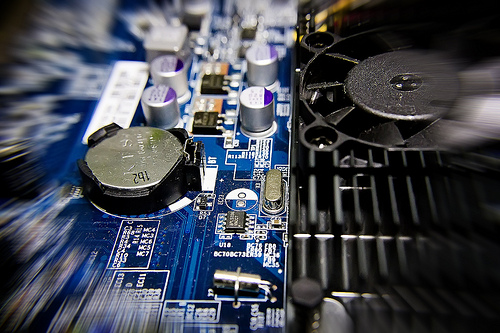 Raghib Hussain, corporate vice president/general manager & CTO at Cavium, says: “Imagination continues to innovate and Cavium has used its architectural license to further enhance our latest processors that are based on the 64-bit MIPS architecture. Cavium’s OCTEON MIPS64-based products, from OCTEON Fusion for small cells to the high-end OCTEON III 48-core CN78XX designs, are gaining traction across a broad range of markets. Now, with these new processors, we’re enabling a new range of efficient solutions that require ultra-high throughput processing within a compact, low-power form factor.”

Tony King-Smith, EVP marketing, Imagination, says: “Cavium’s OCTEON III products are among the most advanced 64-bit multi-core processors for networking, wireless and storage. They are a great example of the power of MIPS, the industry’s most successful and proven 64-bit CPU architecture. As Imagination continues to invest in R&D and ecosystem developments for MIPS, the industry will see its capabilities continue to grow, and see it driving innovative applications in a wide range of markets through licensees like Cavium.”

MIPS CPUs comprise a comprehensive portfolio of low-power, high-performance microprocessor IP cores and architectures, ranging from solutions for high-end applications processing down to solutions for extremely small, deeply embedded microcontrollers. MIPS CPUs power billions of products around the globe. The 64-bit MIPS architecture is widely deployed in a large number of products, and is supported by a vibrant and growing ecosystem built over more than 20 years.