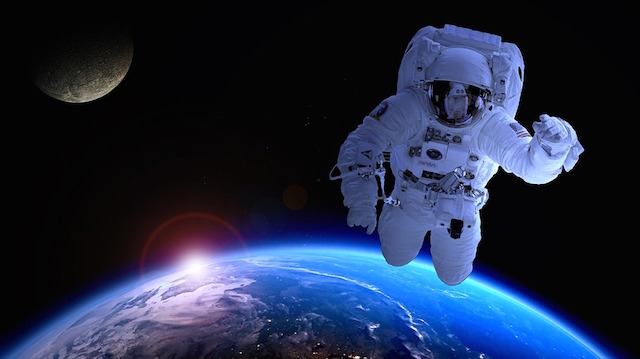 When you see the word ‘fabrics,’ you probably think of fashion and design. Well think again; the scientists at NASA are taking textiles to a whole new level, creating a ‘space fabric’ that’s about style and substance.

NASA scientists in Pasadena, California have created a new textile woven from metal that can be used in space. This textile was created using functional 3-D printing, which is itself a huge step forward in creating space fabric. Previous versions had to be made by welding them together, a technique that wasted valuable time and money. Using 3-D printers is faster, more effective, and far less costly.

There are countless ways this new textile could be used in space exploration. The material, which looks like chain mail, can be folded to adjust its side and shape as needed. Scientists believe that the fabric could be used to insulate spacecrafts against the freezing temperatures found beyond our atmosphere. There are also theories that the textile could actually be used as a shield, protecting spacecrafts and other devices from meteors.

Unlike previous models, the textile can be adjusted and altered based on the needs of the scientists and space explorers. Scientists can alter the design and makeup of the fabric based entirely on what they need it to do. That’s what makes this more than 3D printing, and brings it to a new dimension: 4D printing.

“We call it ‘4-D printing’ because we can print both the geometry and the function of these materials. If 20th Century manufacturing was driven by mass production, then this is the mass production of functions.”

The space fabric is designed with very specific functions in mind: reflectivity, passive heat management, foldability and tensile strength. One side is structured to reflect light; the other side absorbs it. This allows it to exercise a degree of thermal control.

While designing and creating this space fabric on Earth is extremely impressive (and could be a major boon for further space missions), the scientists have a much loftier goal in mind: figuring out a way for astronauts to print this fabric while on board their spacecraft. This would involve figuring out the best ways to recycle the old materials to generate newer, more useful ones.

But that’s in the future, when a smaller and more streamlined 3-D printing system can be figured out. For now, the space fabrics is being created here on Earth before it heads out to the stars.