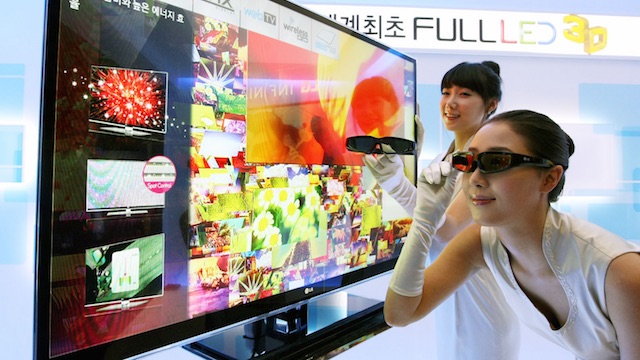 Watching something in 3D can be a pretty cool experience; if only it weren’t for those pesky and unappealing glasses. The 3D lenses we’ve all become so accustomed to are one of the greatest irritants in this popular form of entertainment. Well, it might be time to toss those glasses into the recycling bin for good. Scientists have worked out a way for the public to enjoy all the benefits of 3D entertainment, without the silly-looking eyewear.

Scientists at Seoul National University in South Korea have developed a system that allows users to flip between 2D and 3D viewing without needing to pop on a pair of glasses. The screen utilizes pixels and optics, layering them together to produce the desired 3D imagery. The resulting technology is small enough to work on portable devices without complication, providing clear images in both 2D and 3D. You can flip the layering on and off at will, switching easily between the formats.

Older versions of this technology relied on two or more layers to achieve this effect, limiting the viewing distance of the devices. They called for micro-filters, also known as parallax barriers, which covered the image and produced the three-dimensional look. The design also required a polarizing sheet, and an image to project. The space between all these layers resulted in a 3D image that could only been seen at a distance; any closer, and the picture looked warped and distorted.

But the scientists at Seoul National University have manage to find a way around this problem. They devised a single polarizing interlayer that combines all the necessary components into one layer. On one side you get the image interlayer (what the audience actually sees); on the other, you get a parallax barrier composed of liquid crystals. The polarizing interlayer is all that separates them, making for clean and crisp imagery with very little distortion. The end result? A screen that can be viewed at close distances, perfect for the consumer who wants to view 3D on their portable devices.

Scientists behind the invention are confident that their design will lend itself to lightweight, effective, and cost-effective 3D screens. Further testing is expected to reveal even more useful applications of this technology. You can view the entire paper on their work here.