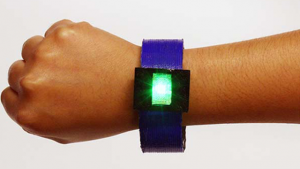 Scientists from Duke University and Texas State University have invented a new way to 3D print lithium-ion batteries. This method allows them to create batteries in almost any imaginable shape. Researchers believe this new technology will be of significant importance as manufacturers have previously struggled with the limited sizes of commercially available batteries.

Traditional batteries generally come in one of two shapes: rectangular or cylindrical. Because of this, many technology manufacturers must adjust their products to meet these specifications. They are forced to alter and compensate for the relative size and shape of the battery. This can often result in a waste of space that could be better used, not to mentioning seriously limiting design options.

3D printing has long been thought to prove a potential solution to this growing problem. With 3D printing, scientists should in theory be able to construct an entire device — including the battery and accompanying components. Unfortunately, there was one major roadblock to this new technology. The polymers scientists rely on for 3D printing are not ionic conductors. With that in mind, scientists decided to seek out alternative solutions.

To deal with this complication, researchers increased the ionic conductivity in the poly(lactic) acid (PLA) commonly used in 3D printing. They infused the PLA with an electrolyte solution; they also improved the battery’s electrical conductivity. This was accomplished by adding graphene or multi-walled carbon nanotubes into the anode or cathode.

The team used the 3D printer to create an LED bangle bracelet, complete with an integrated lithium-ion battery. The battery was able to power a green LED in the bracelet for roughly 60 seconds. Reports indicate that the capacity of these first-generation 3D-printed batteries is too low for practical use. They come in about two orders of magnitude lower than those that are commercially available.

However, scientists believe this is merely the first step in the process. Researchers already have extensive plans for improving the capacity of the new batteries. Currently, they are focusing on replacing PLA-based materials with 3D-printable pastes. This could provide a significant boost to the capacity of these batteries, and bring us one step closer to successfully 3D-printing commercially viable lithium-ion batteries.