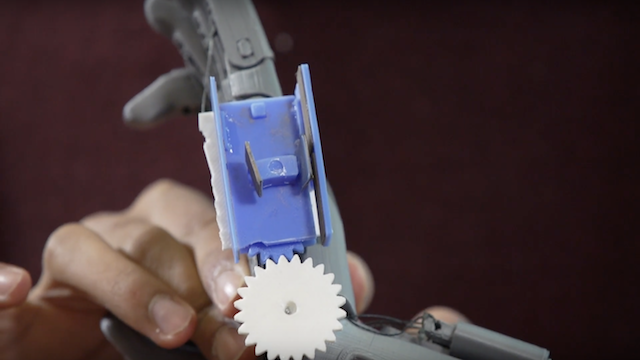 Scientists from the University of Washington have created a new type of 3D-printed assistive technology. These devices are capable of tracking and storing their use without having to rely on electronics or batteries. Researchers believe that this technology could prove enormously helpful in the creation of ‘smart’ pill bottles that help patients remember to take their medications.

The new system relies on a method called ‘backscatter.’ Backscatter allows devices to share information by reflecting signals that have been transmitted thanks to an antenna. Although previous versions of this technology exist, they did not tackle the problem of storing and tracking data.

“We’re interested in making accessible assistive technology with 3D printing, but we have no easy way to know how people are using it. Could we come up with a circuitless solution that could be printed on consumer-grade, off-the-shelf printers and allow the device itself to collect information? That’s what we showed was possible in this paper.”

To deal with the data problem, scientists attached two antennas to the device. One was placed at the top, the other at the bottom. These antennas can be activated by a switch, which is connected to a gear. The device was then attached to a pill bottle. Opening the cap moved the gear in one direction, forcing it into contact with one of the two antennas. When the pill bottle cap is closed, the gear is turned in the opposite direction, bringing it into contact with the other antenna.

Since the antennas are exactly the same, it was imperative that scientists find a way to decode which direction the cap was being turned. To do this, they created a gear with very specific teeth. The teeth encode a message, so turning it one way or the other transmits a very different message.

Scientists believe this technology could also be used in 3D-printing prosthetics. The gear motion could be used to replicate wrist and hand movements in prosthetic arms. They also created an insulin pen capable of storing its data and usage even when out of Wi-Fi range. This method relies on a mechanical motion, including a spring inside a ratchet. The spring is tightly coiled and held in place while out of Wi-Fi range. Once the user returns to a place with a wireless connection, a button is pressed and the spring is released, sending the data out to the backscatter sensor.

These devices are only prototypes to demonstrate the power and versatility of 3D-printed devices. Next, scientists will work on shrinking this technology so it can be utilized in real-world settings.