3-D Printed Objects Connect to WiFi Minus the Electronics 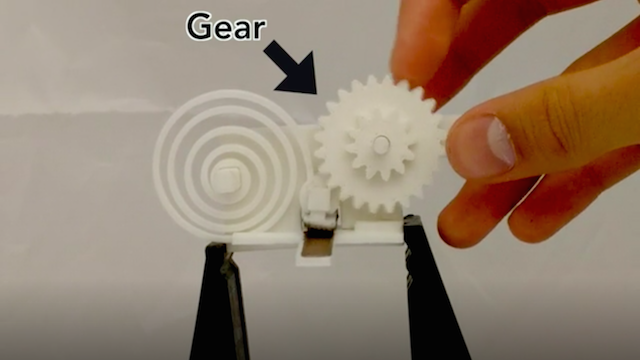 Researchers from the University of Washington have successfully created a new breed of 3-D printed objects. These plastic objects and sensors are capable of collecting all sorts of data, as well as communicating directly with other devices on WiFi. Thanks to models the team is making available to the public, users will be soon be able to create 3-D objects of their own. Although these devices will be made from commercially available plastics, they will have one particularly unique feature: they will be able to wirelessly communicate with other smart devices.

“Our goal was to create something that just comes out of your 3-D printer at home and can send useful information to other devices. But the big challenge is how do you communicate wirelessly with WiFi using only plastic? That’s something that no one has been able to do before.”

In order to create these unique devices, researchers used backscatter techniques. This allowed the devices to exchange information and communicate effectively. Researchers also replaced some of the functions that are typically performed by electrical components, opting instead for mechanical motion. These parts could be 3-D printed, and removed the need for electrical additions.

The backscatter system relies on an antenna to transmit any and all data. Radio signals emitted by a WiFi router or similar device are reflected via the antenna. The embedded information in the reflecting patterns is then decoded via WiFi receiver. For this experiment, the antenna used was constructed of conductive printing filament that combines copper and plastic.

The key to making all this work is physical motion. Certain forms of activity (such as pushing a button or turning a handle) will signal to the gears and springs inside the 3-D object. These gears will cause a conductive switch to connect or disconnect from the antenna as needed. Information is then encoded by these physical actions — and transmitted wirelessly through the device.

There are countless possible applications for this technology. From a 3-D printed detergent bottle that tells you when you are running low on soap to a water sensor that alerts you to leaks, this technology has got you covered. Scientists are hoping to mass produce their results for consumer retail.