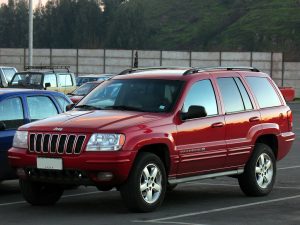 The National Highway Traffic Safety Administration (NHTSA) announced this weekend that Chrysler, Honda, and Toyota are recalling 2.12 million cars because a previous attempt to resolve an issue with faulty electrical components in airbags does not completely solve the problem. The new recalls include the following models from the early 2000s: Acura MDX, Dodge Viper, Jeep Grand Cherokee and Liberty, Honda Odyssey, Pontiac Vibe, Toyota Corolla, Toyota Matrix and Toyota Avalon.

These recalls follow an NHTSA investigation from May that looked into a 2012 recall of Jeep SUVs which found that airbags were suddenly deploying due to problems with an electrical component by TRW in the airbag system. Chrysler repaired the previously recalled vehicles with a new wiring harness incorporating an electrical noise filter. However, they have since reported an additional 18 accidental airbag deployments indicating that the noise filter failed to resolve the issue. Chrysler still has not determined the cause of the problem so it is now replacing the entire airbag control module instead of just the wiring. More than 700,000 Chrysler models are included in the recall. While 81 injuries have been reported, there are have been no related crashes.

Similarly, Honda is recalling a total of 374,177 vehicles—due to the noise filter not resolving TRW electrical components causing airbags to go off unexpectedly. The recall also includes 1,006,849 Toyota vehicles, but Toyota had already started to replace airbag modules in addition to installing noise filters during the original recalls. However, now that more information is available, more potentially faulty airbag systems are included.

The new airbag control modules won’t be ready until late 2015, so in the meantime affected vehicle owners should have the noise filter installed as a temporary fix. The recalled cars are considered safe enough to drive, although there have been reports of airbags being triggered even before a warning light appears. Today’s recall is unrelated to the Takata airbag recall, but some vehicles are included in both the Takata and TRW airbag recalls. This means that certain vehicles have airbags that could spontaneously deploy with enough force to cause injury or death. Check the NHSTA website to see if your car has been recalled.