The secret to improved electrical circuits has become something of a holy grail in recent years. As technology has evolved to be smaller and more adaptable, so too has the need for versatile electrical circuits that can bend with designs while still retaining speed and efficiency. And after many false starts and errors, it looks like scientists have finally found a way to create the speedy electrical circuits our technology so badly needs. 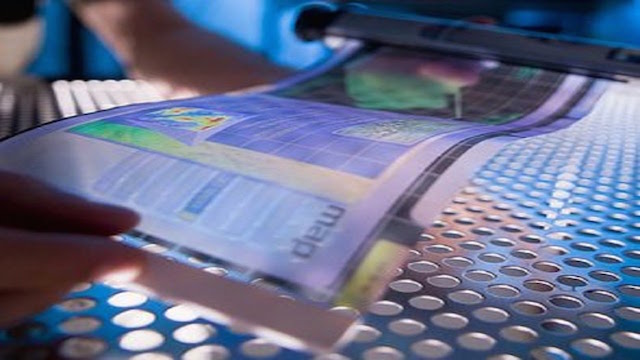 Scientists at Penn State University have devised a way to create electrical circuits that are fast, flexible, and adaptable. By controlling the fluorinated polymer chains that exist in organic thin-film transistors, experts can use them to keep the circuits operating at optimal levels on flexible devices.

Organic thin-film transistors are a revolutionary addition to the field of electrical devices. They combine organic compounds with electrical currents, and provide the basis on which many complex circuits are built. But speed was always a concern, particularly when it came to technology that could be bent or folded.

“By controlling the way that polymer chains twist and bend at a molecular level in OTFTs, we have found that we are able to break the universal relationship between charge mobility of the semiconductor and charge storage capacity of the dielectric layer, providing a basis to create fast and reliable circuits from organic materials.”

Polymers have been a key component in combining organic matter with electrical circuits. They can store impressive amounts of energy in the insulator; the downside, of course, is that the energy inevitably slows down as it travels. Using new chemical compounds, scientists are hoping to cross-link the polymer chains, resulting in fast and flexible electrical circuits. Although further testing is needed, experts are confident that the key to overcoming the complications of bendable technology lies within organic thin-film transistors. If successful, this innovation could lead to the widespread release of inexpensive and fast foldable technology.