EMF Exposure Laws for UK due to be Published in 2016 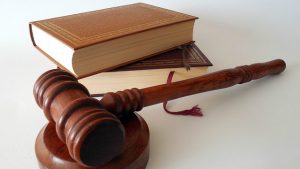 The EU Directive 2013/35/EU, which imposes strict health and safety requirements for electromagnetic field (EMF) exposure in the workplace, is due to become integrated into UK law by July, 2016. The new Directive was published in the EU Official Journal in June 2013, and will replace Directive 2004/40/EC. Employers will be responsible for ensuring that workers are protected from the health and safety risks associated with EMF.

Even just a decade ago, EMF would only have come from a few obvious sources (such as machines or computers in the workplace), but today’s employers also have to beware of the proliferation of connected devices. Now employees are surrounded with more wireless transmitters than ever before, with smart phones, wearables and the Internet of Things complicating the matter of EMF exposure. According to the European Agency for Safety and Health at Work (EU-OSHA), the Directive “covers all known direct biophysical effects and other indirect effects caused by electromagnetic fields.” The Agency also pointed out that the Directive currently only addresses short-term effects and does not concern possible long term effects. We expect to hear more details soon, since a practical guide is due by January 1, 2016.